Africom - Latest U.S. Bid to Recolonise the Continent - By Tichaona Nhamoyebonde (See Below)

Africom - Latest U.S. Bid to Recolonise the Continent By Tichaona Nhamoyebonde (See Below)

Venezuela: From Plan Colombia, from military bases to ALCA; Africa: From NEPAD to Military Bases, to Africom  In Africa we know that Global Big Business is Great World War ... that Big Global War is Good Business! Also, World War is Global 'Peace', Global 'Democracy' is 'Freedom', is Orwellian Slavery. Africa, welcome to the next transglobal slave trade!
Capitalism in its historic economic collapse, in corporate agony, like a dangerous fatally wounded man-eater, is becoming more and more ferocious as it nears its inglorious demise; it is desperately struggling for a new lease of life, a few decades more ... for a 'new American century', for 'full spectrum dominance', for 'military humanism', for 'post-modernity', against becoming a 'risk society'. Alas! All in vain, Emancipation is in the air! The zeitgeist cunningly thunders exit, exodus, 'exvolution': neither systemic evolution nor intrasystemic revolution. Yes, it is time for our opulent leaders and for our lean billion-fold African workers and peasants to reflect why Mandela spoke about no easy road to freedom, why Odinga Oginga warned that political independence is not yet uhuru, why Walter Rodney was giving his life for ujamaa, why Lumumba, Fanon, Cabral, Machel, Biko, and why so many other paradigmatic African emancipators were brutally terrorized and assassinated by globalized imperialism and imperialist globalization. Have we ever heard about the United States Arms of Mass Destruction like HAARP? Causing floods, droughts, earthquakes and brain damage?

Were our African revolutions really anti-capitalist, the negation of capitalism, truly socialist revolutions?    "There is no doubt that as soon as the army gets operational in Africa, all the gains of independence will be reversed." (Tichaona Nhamoyebonde) ****
Africom - Latest U.S. Bid to Recolonise the Continent 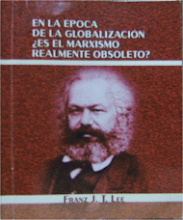